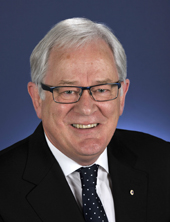 Chinese travellers will be able to make repeat visits to Australia with ease, with a current online visitor visa pilot extended to offer three-year, multiple entry visas to approved applicants.

Minister for Trade and Investment Andrew Robb, who is also the minister responsible for tourism, announced the initiative tonight in Adelaide at the Qantas Australian Tourism Awards.

Mr Robb said the government was determined to do what it can to help Australia capture more than its share of the rapidly growing Chinese tourist market.

“Chinese tourists are increasingly more discerning and looking for an authentic Australian experience. Repeat visitors are an increasingly important market sector as they tend to stay for longer periods and are higher yielding in terms of their spending,” Mr Robb said.

“Ongoing visa reform and deregulation was part of a broader effort to ensure our tourism and hospitality sector remains competitive in an increasingly crowded global tourism market,” he said.

Around 100 million Chinese left China for an overseas holiday last year, a figure that is predicted to reach 200 million by 2020.

This latest initiative follows a series of other measures which include:

“Tourism and hospitality is one of Australia’s great strengths. It is our largest services export – worth $30 billion in export income – and directly or indirectly employs one million Australians, including large numbers in regional Australia. As a government we are determined to back our strengths,” Mr Robb said.